Hereafter, we provide all details about sensors present in our dataset. This includes their type, their capture rate, their unit, their reference frame and the sensor positions. Details on how they are stored in the dataset are given on the Data organization page. 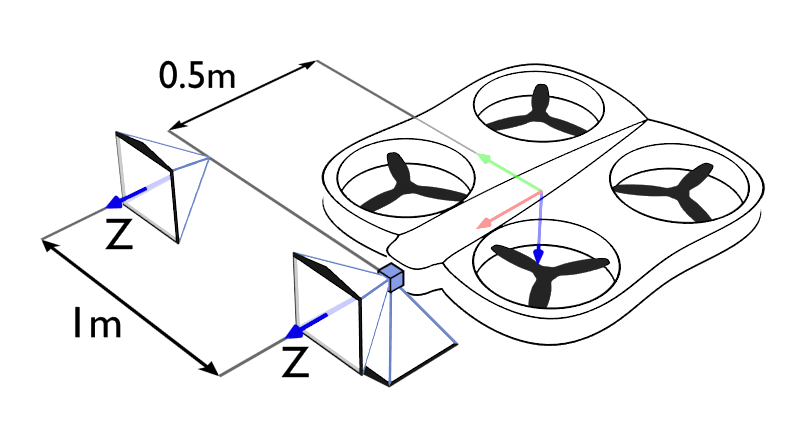 Figure 1 shows the sensor locations on the drone used to generate our dataset. Cameras are represented by the pyramids. The blue cube shows the IMU and the GPS receiver locations.

Figure 2 illustrates the frames of reference used for all position-related data. The World frame is defined at the starting point of the trajectory and oriented such that the drone yaw is equal to zero. Other axis are horizontal. The Body frame is rigidly attached to the drone with its origin corresponding to the position of the IMU and GPS receiver. All frames use the North, East, Down (NED) axes convention.

For all position-related data, we use the North, East, Down (NED) axes convention. Distances are expressed in meters, rotations in quaternions, angles in radians, and time in seconds. The positioning information stored in the dataset is as follows:

It is important to note that the GPS position is not given by the standard longitude, latitude and altitude information, but by a simple position in meters expressed in the World frame. This position in meters is obtained by projecting the position given with the longitude/latitude/altitude format relatively to the first point of the trajectory.

Additionally, our dataset stores some information about the state of the sensors. The following sensors data are made available:

Each trajectory record comes with eight video streams corresponding to the (1) left, (2) right and (3) down-looking RGB camera views and the (4) segmentation, (5) depth, (6) normals, (7) disparity and (8) occlusion maps seen by the left camera. Each video stream consists in a set of successively numbered pictures stored in a dedicated directory. The image formats and content are the following: